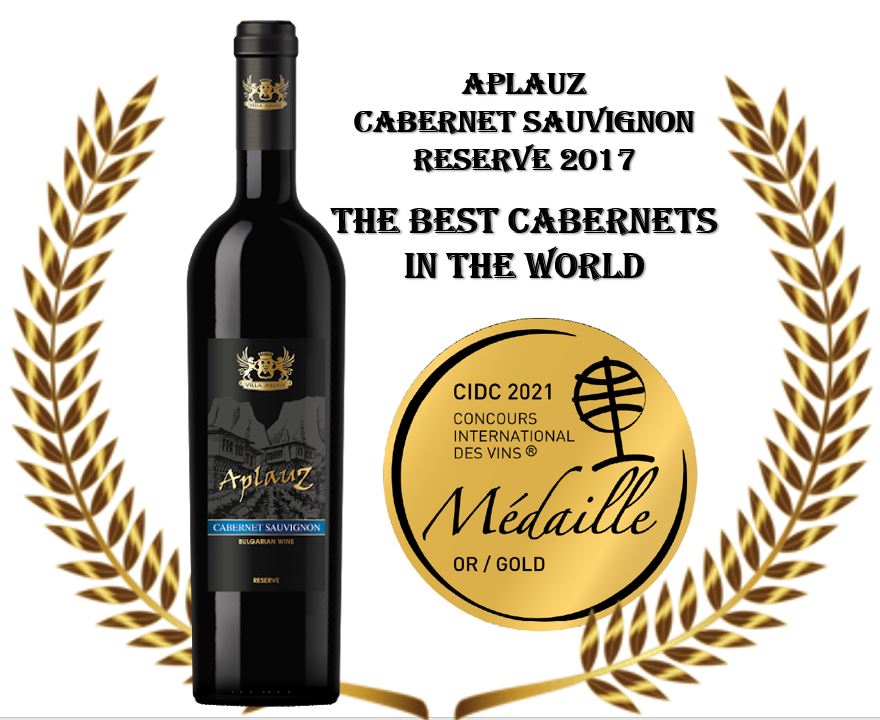 The annual Concours International Des Cabernets (CIDC) – “International Competition of the Cabernets” was held on April 26th in France and it is our honour to inform you that Aplauz Reserve Cabernet Sauvignon 2017 won one of the 25 Gold Medals awarded among 220 competing wines!

Nearly 1400 sommeliers from the French Sommelier Union (Union de la Sommellerie Française) gathered for the prestigious event this year. Apart from Cabernet Sauvignon, the competition was accepting Cabernet Francs, Cabernet Blancs and 8 other Cabernet varieties. The wines were judged via blind testing.

A big thanks to the CIDC competition for a job well done and fine rating!

You can order Aplauz Reserve Cabernet Sauvignon 2017 from here.
As a reminder, this is the same wine that won the Jury Award and the Grand Gold Medal at SMV Canada and was rated at 20th place among 2160 wines! Read more information here or in our online store.